Hear from Daphne, 18 and a Girls Inc. of Chicago girl, as she gets ready to vote for the first time and reflects on her family’s voting history and how it has influenced and inspired her.

Politics are gender and racially charged, and it is more apparent now than ever. Historically there has been a lack of representation and equality for minorities and women in the political environment. This year I’m hoping that the minority vote will have an impact and change this year’s election.

Learning from my grandmother

My grandmother wasn’t able to vote until the 2008 Presidential Election when she got her US citizenship. Her views on voting are short and simple: You have to vote. Not because it’s what’s expected, but because you have the choice to elect a leader who represents you and your community’s best interest.

When my grandmother first voted, she explained to me how ecstatic she was to vote. She felt good about who she was voting for and said you should feel good about who you’re voting for. She also explained how it’s your right to vote, just like breathing, so you shouldn’t be nervous.

My grandmother also stressed the importance of voting locally because local politicians – senators, aldermen, congressmen – are the ones who help decide legislation and limit who is in power. Those individuals have a specific purpose and interest in their state, and we need to use our vote to support the individuals we’d like to see elected.

Learning from my mother

My mother similarly believes that voting is an important civic duty that people should exercise. “This is the time to utilize your vote to push your goals and expectations for this country forward,” she says. She also stresses the importance of researching candidates and using credible sources.

When I asked my mother about her relationship with voting, she explained how, in her early lifetime, there wasn’t as much of an emphasis on voting rights as there is now. Given the current nationwide issues, she pointed out that young people find themselves more attentive to the needs of their community than earlier generations were. This election season, she hopes for a president that will make progressive changes to the country and address social justice issues that are important to her beliefs. These issues can range from immigration to equality for minority families. My mother points out that she sees changes happening and it makes her very hopeful and inspired. 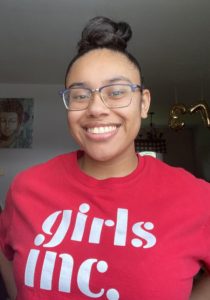 Growing up there wasn’t much talk about politics in my life. It wasn’t until high school when I started to learn more and educate myself. My teachers involved me and my classmates in conversations about holding ourselves accountable for reading about the elections on our own time. They emphasized the importance of reading articles that cover these topics and following along with political news. I enjoyed being engaged in these conversations, but it wasn’t until then that I realized I was not very educated about politics and had the opportunity to learn a lot more.

But I always realized that voting is a significant right and responsibility. I see people, young people especially, overlook this right because they think others will take up the responsibility and follow through, or they are disillusioned because they don’t see any candidates that represent their beliefs. I see it differently. Voting and being active in my community gives me a sense of control and representation. I’m choosing what I want and what I think will benefit my community. I know how frustrating and intimidating it feels to have an opinion invalidated, to have no opportunity and no representation or platform to express your beliefs through.

But the bottom line, for me, is that people fought for my right to vote, so it’s only right that I exercise it.

Thanks to Daphne for being a leader in her life, family, and community. As she is poised to vote for the first time, we thank her for her attitude and commitment toward making the world a better place with action, education, and using her voice!