We are living in a time where we can no longer deny the prevalence and pervasiveness of sexual violence in our society. In the two years since #MeToo went viral, we have seen countless survivors coming forward. There has been a surge of high-profile allegations and rulings, new legislation and policy reform. We are seeing widespread conversation about gender, consent, and power. And yet, there continues to be little discussion or momentum around how we prevent sexual violence.

A recent study in the JAMA Internal Medicine found that approximately one in 16 women, or about six percent, reported that their first sexual encounter was not consensual. They were either verbally pressured or subject to violence. Of these women, the average age at the time of the encounter was 15. According to CDC data, 42.2 percent of women who were raped experienced their first assault before the age of 18. 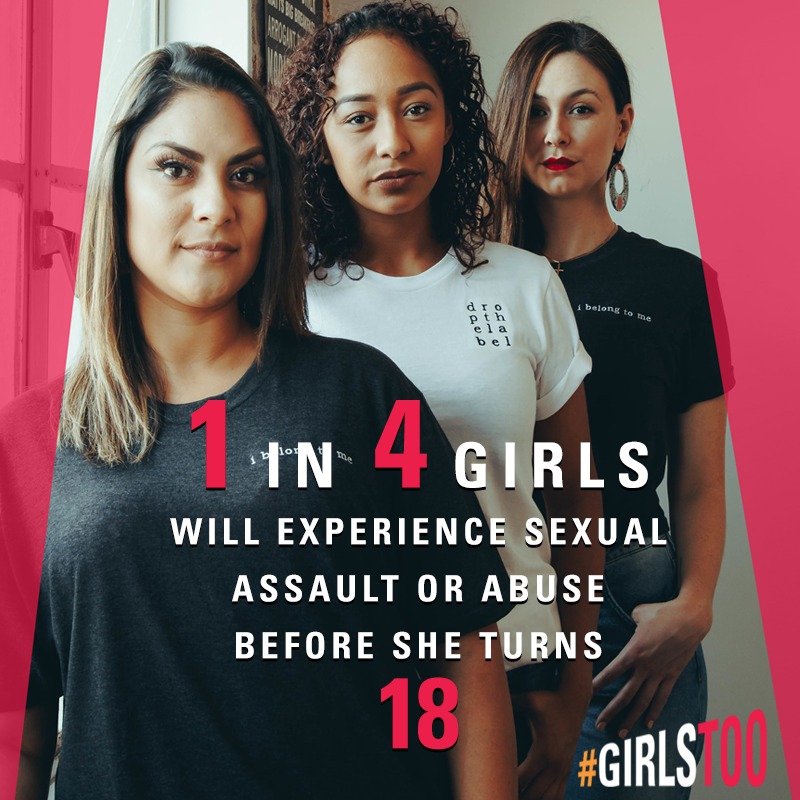 Sexual harassment and violence is an epidemic and it starts at a young age. If we want to prevent sexual violence, we must take action to address the problem early on. At the root of these harmful behaviors are deeply entrenched gender stereotypes about how boys and girls should act and be treated. Boys are strong and girls need to be protected. Boys are rambunctious and girls should be polite. These expectations and perspectives follow children into adulthood. They create an environment that fuels sexual violence.

The Toll Is Staggering

Women increasingly are sharing the impact of sexual assault on their health and wellbeing. Just imagine the toll it takes on girls. Adolescence already presents its own unique set of challenges. It is a critical point in a girl’s life where she is discovering who she is. She is navigating her changing body and emotions, and wrestling with the relentless pressure to fit in and be liked. Then, a girl’s world is rocked by sexual harassment or assault. Suddenly, she questions the world that allowed this to happen, the power of her very own voice, and her responsibility for what happened.

Girls who experience sexual harassment and violence have a higher risk of:

Among girls ages 14-18 who have experienced sexual violence, 86 percent felt down, depressed, or hopeless. 68 percent reported having difficulty concentrating in school. By the time they reach middle age, experiences with sexual harassment are associated with increased risk of cardiovascular disease.

In addition to the impact of experiencing sexual harassment and/or violence, reporting these experiences can often be a secondary trauma with significant and long-lasting effects. The very act of reporting can lead to judgment, blame, social alienation, school pushout, and threats to a girl’s safety and that of her family. This might explain why only nine percent of girls who experience sexual harassment or violence report it to a teacher, guidance counselor, or other adult at school.

Title IX mandates schools address and respond to sexual harassment and violence in order to provide students a healthy learning environment. Our learning institutions can play a role in preventing sexual violence by making it part of sex education. Data supports that teaching young people about consent and healthy relationships can reduce the incidence of sexual harassment and violence among youth.

Students trained in how to refuse unwanted sexual activity are half as likely to be assaulted in college, according to a report released by Columbia University earlier this year. We must help young people understand how to be healthy and safe, advocate for themselves, and treat each other with dignity and respect.

#GirlsToo Is How You Can Help

Last October, Girls Inc. launched the #GirlsToo campaign motivated by the experiences of girls in our network. We know sexual harassment and violence is causing physical, mental, social, and academic harm to girls. The effects follow them well into adulthood. It is not just “boys being boys” or “locker room talk.” It is not “just a part of growing up.” It is a public health issue that demands our attention. #MeToo brought the issue mainstream. Let’s address the root cause.

Please join us. The time is now.