As a teenager, Nelzy started to see girls around her changing. Their bodies were maturing more quickly than hers and they began acting differently around boys. Nelzy was even bullied and teased by girls she considered friends because of her physical appearance. She felt self-conscious and alone. Thankfully, Nelzy found Girls Inc.

At Girls Inc., Nelzy felt safe to talk about her insecurities. By connecting with other girls, she realized  she wasn’t the only one who struggled with self-doubt. She made friends and learned how to embrace her individuality. With the help of mentors and peers, Nelzy also discovered her strengths and was empowered to make a difference.

While at Girls Inc., Nelzy learned about the portrayal of women in media, and how edited photos can create unrealistic beauty expectations. She saw the power of the media, which sparked her interest in film. As a 10th grader, Nelzy created a documentary about the lack of accessible grocery stores and produce in low-income neighborhoods. The film went on to be featured on PBS and win The National Academy of Television Arts and Sciences Award.

“Through my media literacy classes at Girls Inc. and by creating this documentary, I realized that I can use film to tell stories and educate my community,” she said.

Today, Nelzy is attending UC Berkeley and plans to study Film and American studies. Her dream would be to go to film school one day. She hopes to use her talent to highlight issues that affect women and girls. Nelzy is just one of the many girls who, through Girls Inc., have gained the knowledge and skills to advocate for themselves and others. 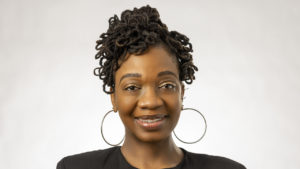 “Girls Inc. helped close the achievement gap for me.”

Welcome and thanks to Ashley, an alumna of Girls Inc. of the Greater Capital Region, for sharing her updates and

“I built a community of friends.”

Alumna Anjuli of Girls Inc. of the Island City shares how Girls Inc. made a difference in her life and career. 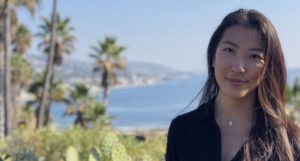 “Girls Inc. taught me that women can do anything they put their minds to.”

Alumna Angela shares her career updates and how she was helped through the Girls Inc. Experience. I’m currently a Product