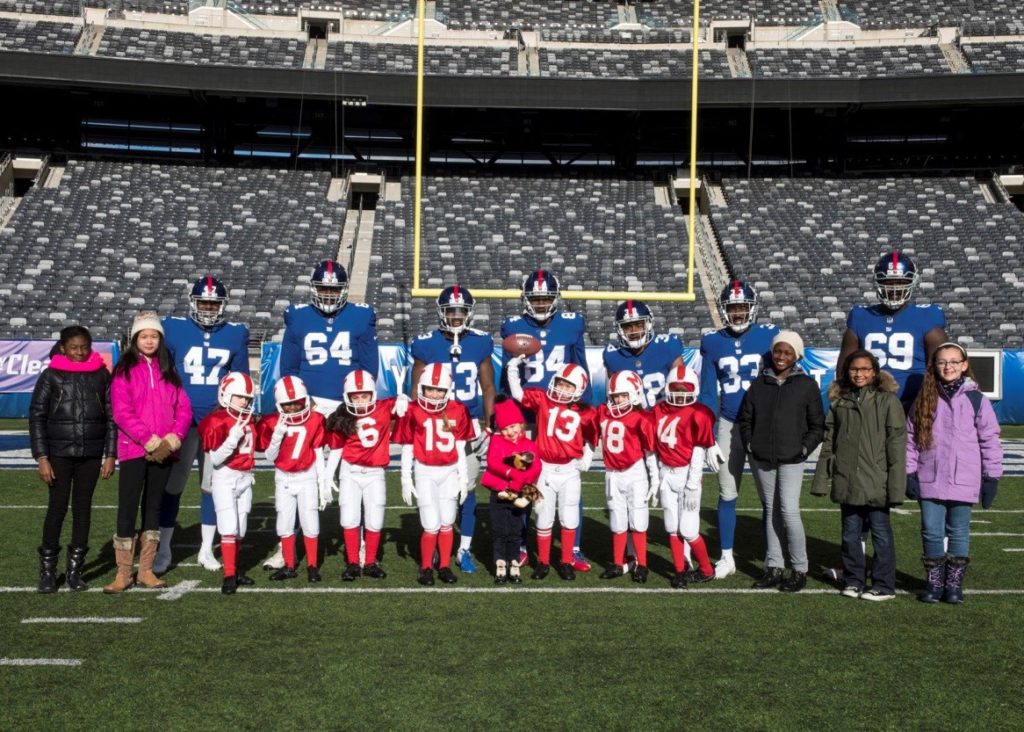 NEW YORK – Jan. 30, 2019 – CBS and Girls Inc. have joined together to create a CBS Cares public service announcement set to air during the CBS Television Network’s SUPER BOWL LIII coverage, Sunday, Feb. 3, and after the Super Bowl on the CBS Sports Network. Featuring the voiceover of CBS THIS MORNING co-host Gayle King and players from the New York Giants, the PSA encourages girls to believe they can succeed at the highest levels, especially when they work together.

At the center of the PSA are the Macaroons, a team of girls who score big against the New York Giants, showing that when girls unite, anything is possible.

“It is a major priority for our Company to support organizations that are helping to inspire and encourage girls’ confidence, development and achievements,” said Joe Ianniello, President and Acting CEO, CBS Corporation. “We are very pleased to work with Girls Inc., the NFL and the New York Giants to advocate for and affirm the strengths and abilities of girls.”

Among the girls who appear in the PSA are four Girls Inc. girls from New York City: Serenity Peralta, Shadiya McNair, Juliana Villaluz, and Markisha Prince. While filming, the girls also had the opportunity to go behind the camera and learn about what goes into making a PSA. It is Girls Inc.’s mission to ensure that girls value their whole selves, discover their strengths, and lift up and support one another.

“Girls Inc. is proud to partner with CBS Corporation to deliver this very important message of empowerment for girls,” said Judy Vredenburgh, President and CEO of Girls Inc. “Too often, girls are told they can’t. We all have a role to play in challenging stereotypes and limiting messages. That is why we are deeply grateful to CBS Corporation, CBS Cares, and the New York Giants for their commitment to showing girls that they can in fact achieve at the highest levels. We couldn’t be more thrilled to share that message with the millions of viewers who will be tuning in to watch on Super Bowl Sunday.”

CHEAT TWEET: When girls unite, anything is possible, even scoring big against the New York @Giants. CBS and @girls_inc team up for this special #SuperBowl PSA. #strongsmartbold

About Girls Inc.
Girls Inc. inspires all girls to be strong, smart, and bold through direct service and advocacy. Our comprehensive approach to whole girl development equips girls to navigate gender, economic, and social barriers and grow up healthy, educated, and independent. These positive outcomes are achieved through mentoring relationships, girls-only safe spaces, and research-based programming. Informed by girls and their families, we also advocate for legislation and policies to increase opportunities for all girls. Join us at girlsinc.org.